Although many people steal in response to economic hardship, either perceived or actual, some individuals only steal to satisfy a powerful urge. These individuals may have an impulse control disorder known as kleptomania. People with kleptomania experience a sense of relief from stealing, so they steal to get rid of their anxiety (Talih, 2011). The prevalence of kleptomania in the U.S. is estimated to be 6 people per 1000, which is equivalent to more than 1.5 million kleptomaniacs in the U.S. population ​​(Aboujaoude et al., 2004).

What exactly causes this impulse to steal? Kleptomania has a range of biological, psychological, and sociological risk factors. One of the main biological factors has to do with neurotransmitters, such as serotonin (Sulthana, 2015). Serotonin plays an important role in our bodies, contributing to emotions and judgment, and low serotonin levels have been linked to impulsive and aggressive behaviors (Williams, 2002). The serotonin system is also thought to be involved in “increased cognitive impulsivity,” as has been observed in individuals with a higher number of kleptomania symptoms (Ascher & Levounis, 2014). 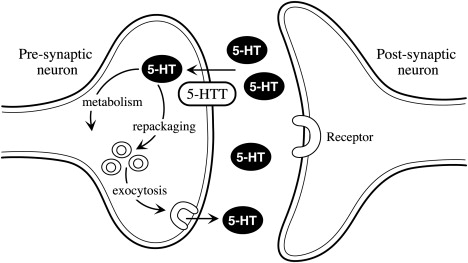 Understanding the relationship between serotonin and impulsivity with kleptomania has helped pioneer specific treatments, including Selective Serotonin Reuptake Inhibitors (SSRIs). Impulsivity is linked to low levels of serotonin, so SSRIs fix this by limiting the reuptake of serotonin through the blockage of serotonin transporters, leading to the buildup of serotonin in the synapse (Sulthana, 2015). There is no cure for kleptomania, but SSRIs help to control the impulse to steal.

Overall, kleptomania is a secretive disorder, for which many people don’t seek help due to the legal system and the social stigma around theft. Thus, very little is known about what causes kleptomania, but trying to understand it through its link with neurotransmitters has uncovered potential causes and helped develop treatments.